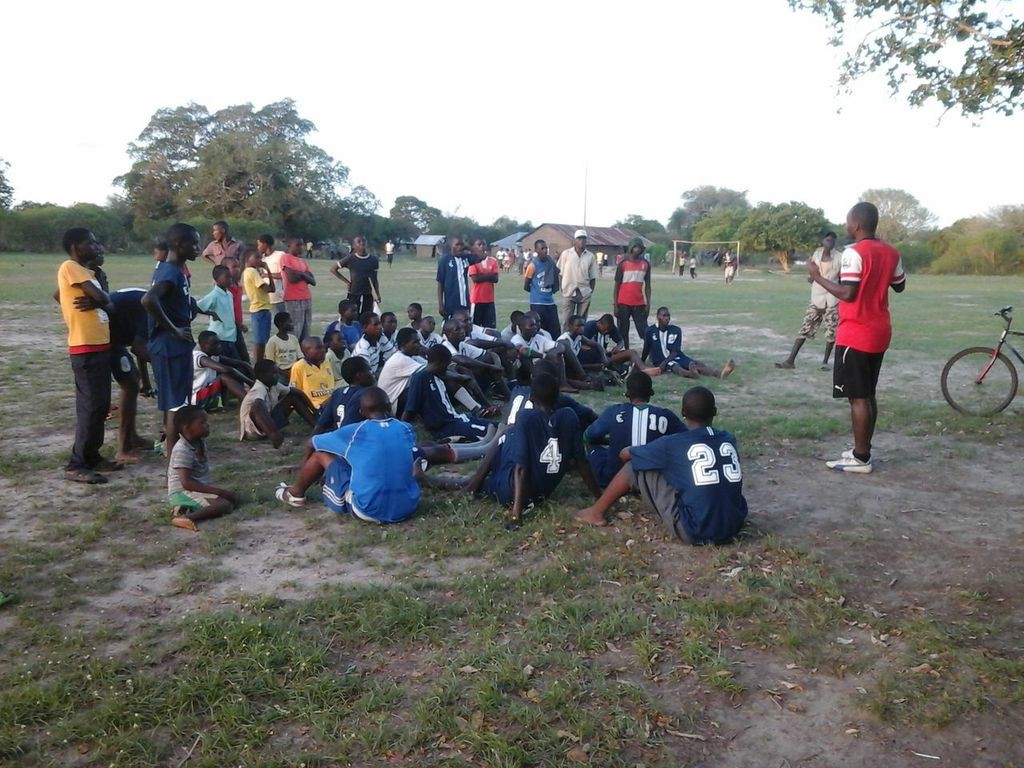 Terror was all the villagers could comprehend as the screaming and gunfire began. Pulling the men away from their homes and families, the attackers slaughtered them mercilessly. The once-dark night was illuminated by explosions, exposing the horror. As morning approached and the chaos slowly came to an end, the people of Mpeketoni trickled out from the surrounding houses and forest. The reality of what had happened the night before hit the village in a moment of disbelief and dread – 49 people had died in the attacks.

The terror didn’t end there and fear continued to grow over the following weeks as the community functioned under constant tension and unease. Sports Friends Kenya, already working in Mpeketoni, recognized this opportunity to reach out and offer healing to the youth traumatized by these events, and so a camp was organized through the local church.

When the teens first arrived at camp they were full of anger and the same spirit of revenge that pervaded throughout the entire community of Mpeketoni. The youth were angry that, as a community, they were being seen as cowards, and they aimed to prove to other communities that they were not. The Sports Friends leaders listened to their stories and offered guidance as questions were raised about the attack on their community. Filled with grief, many of the teens simply cried as they mourned the loss of their close friends.

A certain group of boys captured the leaders’ attention. During the night of the attack, these eight boys had gone to a theater to watch a World Cup soccer game. As they were watching, terrorists had broken in, shooting 12 of the friends they were with. The victims were killed instantly. Consumed with fear, these boys were desperately struggling to find reasons for what had happened.

One boy in particular, James, showed an interest in finding out more about God and why He would allow these terrible events to take place. His leader shared the story of Job, using it as an example of God’s unfailing love and faithfulness to his people. James went on to accept Christ as his personal savior and returned to his village cleansed of the hatred and fear that had defined him before.

Upon arriving at his house, James shared what he had heard and experienced at camp with his family. With the encouragement of his mother who had formerly dedicated her life to God, he communicated all he had learned with his father. James’ father placed his trust in Christ and, being an influential person in the community, began sharing his new faith and campaigning for peace.

Because the change in this man was unmistakable, the village inquired about the recent transformation in his life. After hearing the message James and his father brought about the love of Jesus, more and more villagers began to forgive their attackers and even called off plans to confront the neighboring communities believed to be involved in the recent violence.

With so much unrest in Kenya and in other parts of the world, the love of Christ offers terrorized people hope for the future. It enables them to forgive their attackers and retaliate with love instead, stopping the cycle of hatred in its tracks. As Jesus himself said, “But I tell you, love your enemies and pray for those who persecute you, that you may be children of your Father in heaven.” Truly, the world will know we are His by the way we love one another.