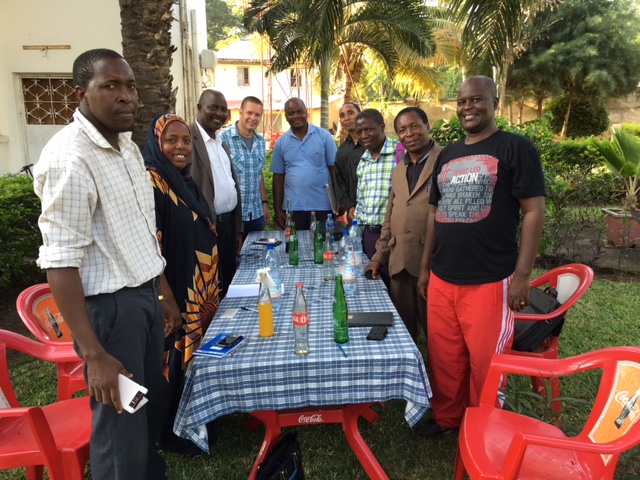 Shane just got back from a busy week in Tanzania traveling to Mwanza and Zanzibar. The main reason for his trip was to kick off a training with a new denominational partner and to establish Sports Friends partnerships in Zanzibar. He was so encouraged by his trip and now has partnerships with four of the largest denominations in Tanzania.

Like most of his other trips, this one involved several modes of transportation including inevitable sketchy motorcycle rides. Shane was sure he was going to die on his last ride to the airport, so he decided to capture it on film. (Not so sure he was in his right mind… ) Shane says he missed the craziest part, but at least this link can give you a taste of his ride on the back of a motorcycle with Kennedy, both of their suitcases, and the driver! I get an instant headache when he comes back from these trips and tells me about all of his close calls.